What lies ahead for coconut water brands?

By Egle Adomavice in News, Tips 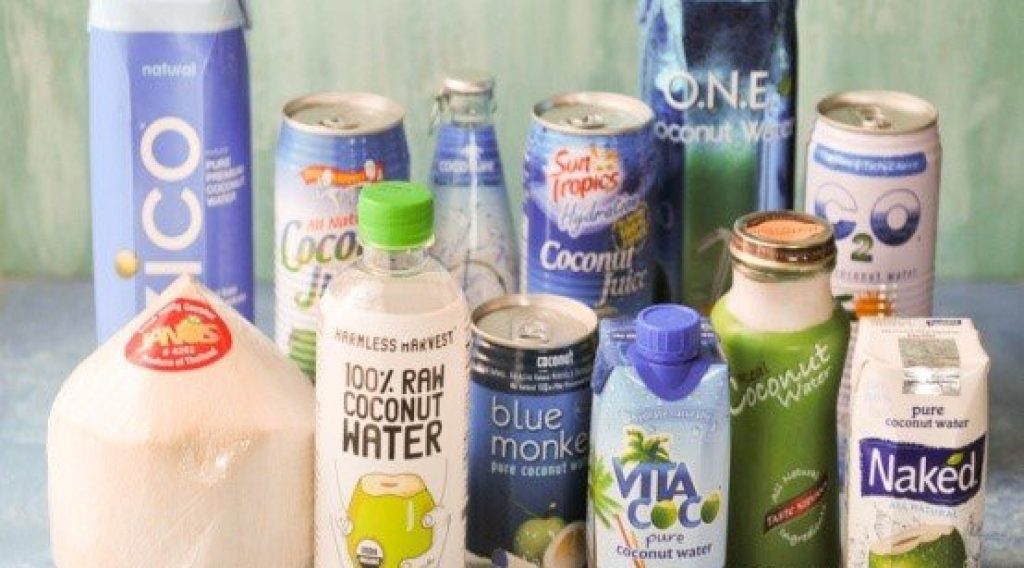 The coconut water which was once considered waste had a huge demand worldwide. As it comes out, coconut water owned its place for many beneficial chemical and organoleptic properties. Coconut water is a clear liquid inside young green coconuts. Its major fraction is water (approx. 95%) followed by natural sugars (sucrose, sorbitol, glucose, fructose), minerals (3% RDA of calcium and magnesium), amino acids and vitamins. Moreover, fat and cholesterol free, coconut water is low in calories (19kcal/100g). It serves as great functional ingredient in beverages due to its chemical composition that leads to natural properties of hydration (naturally isotonic for a quick compensation of lost fluids), nutritional benefits as well as great sweet, nutty taste.

It all started over ten years ago in 2004. The independently owned brand Vita Coco is credited as the creator of coconut water holding a majority of market share across US and UK. Vita Coco in its Tetra Pak juice box presented coconut water as a great all-natural alternative to processed sugar filled sport drinks. It soon grew to distribution of dozens globally. Zico owned by Coca-Cola followed by O.N.E. are the next biggest players in coconut water market. The strong strategic investment by major players across the industry named Coca-Cola and Pepsi and distribution of coconut water positioning as natural exotic product helped it to enter into mainstream. These three players has grown from zero sales in 2004 to almost $400 million until last year in the US alone. Today, there are over hundred brands manufacturing coconut water worldwide. Starting with fresh coconut water followed by boundless variaty of flavored products featuring coconut water with lemonade, espresso coffee, chocolate and even chili extract have also been introduced, as well as more carbonated lines and products specifically for children.

However, according to Datamonitor, coconut water is already thriving in US and Europe. Is this a warning sign defining already overloaded market with coconut water beverages? Let`s look at few points that might contribute to this:

Nevertheless, Datamonitor forecast for 2015 maintain positive leaving expectancies of coconut water market growth in Japan, Canada, India, Brazil. According to Datamonitor, latter markets might be tough nuts to crack due to sceptical consumers or a simple lack of innovation. The question is, will 2015 reveal undiscovered novel ideas in coconut water beverages manufacturing world? When one door closes, another door opens.