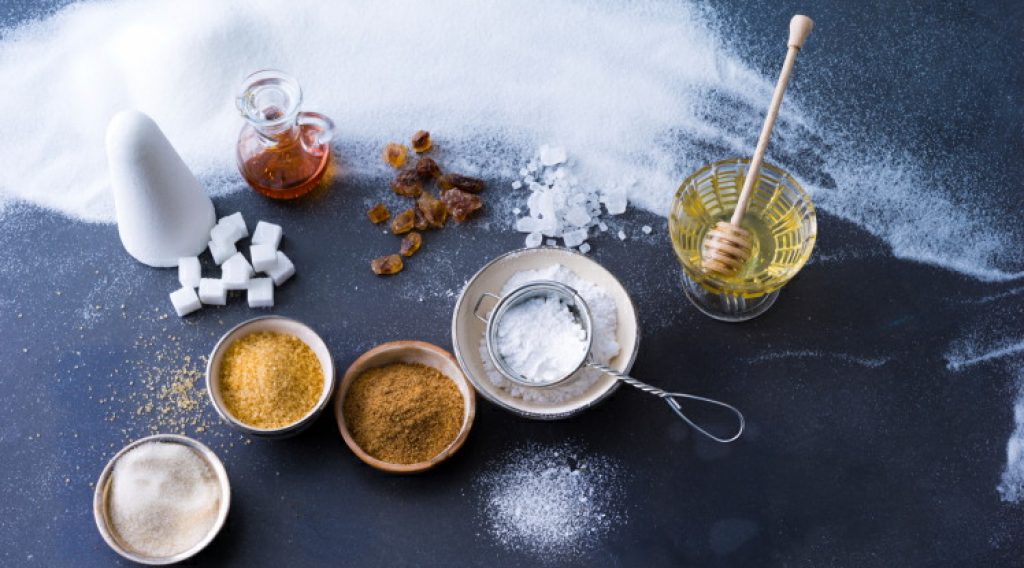 Nowadays sugar is considered as a white death or poison. However it is a good way to improve beverage taste, mouth feel and to get some energy. There are ways to overcome these issues. Below you will find a number of natural sweeteners which might become a good alternative for your sugar in your drink. It might sound quite chemically, but this sweetener is a natural sugar extracted from grapes. Grapes are loaded with naturally occurring sugar, so it is great source of a sweetener. Deionised means that color and flavors are removed from the extracted sugar so the sweetener could be used more widely.

This sweetener has no specific aftertaste or color, so it does not affect the appearance of a drink. Another positive  characteristic  is that deionised grape juice concentrate can be labeled as ‘fruit extract’ on the label, so you do not have to explain this complicated process of deionization.

An interesting fact about agave nectar is that the taste reminds natural honey, so this might be an alternative for those who want to have honey as a sweetener, but at the same time want to avoid the allergens.  Also another uplifting fact is that this sweetener has a glycemic index only of 15, so sweetening a soft drink using agave is also suitable for people who have diabetes.

A natural sweetener of high intensity with 0 kcal. Sounds really good, however there are several things that need to be discussed. Firstly, the aftertaste: steviol glycosydes are characterized with a very specific and unpleasant sour/sweet taste. Good news is that this can be altered by using special natural masking flavors or mixing it together with another natural sweetener. For example, if you mix stevia with grape sugar you will have a win – win situation, that means  having amount of calories decreased and the aftertaste covered.

One issue is that the dosage of this sweetener is under control according to the EU regulations. It means that the maximum dosage in soft drinks is 80 mg/1000 ml.

This natural sweetener is one of the most well known. Honey has a glycemic index of 50, which means that it is considered a low-GI sweetener. However, it is also considered an allergen that may cause reactions in certain consumers. For this reason, some food and beverage manufacturers will not use honey or even include it in their manufacturing processes for fear that it will introduce a new allergen into their production lines. As an alternative, agave nectar, which has a very similar taste, can be used.

This sugar substitute seems to be gaining popularity in the market. Made from sap that is extracted from the coconut tree, the taste of pure coconut palm sugar is similar to brown sugar. The glycemic index is 35, so it is considered a great alternative for people with diabetes; however it has just as many calories and carbohydrates as regular sugar: about 15 calories and 4 grams of carbohydrate per teaspoon. So consumers need to take that into account when baking, planning meals, or preparing beverages.

Another issue is cost, as this sweetener is much more expensive than other such as sugar or grape sugar.

While this well-loved sweetener is mainly sucrose, a simple sugar, it does contain several trace minerals plus measurable amounts of calcium and iron. It has a very specific taste and a glycemic index of 54. Another issue is cost, which is quite high. A  solution in this case would be to mix maple syrup with grape sugar or with agave syrup. This option allows consumers to retain its specific taste and natural sweetness. 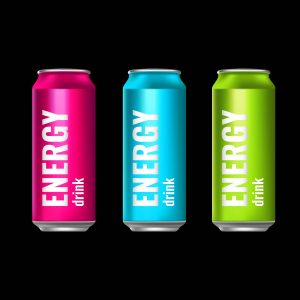 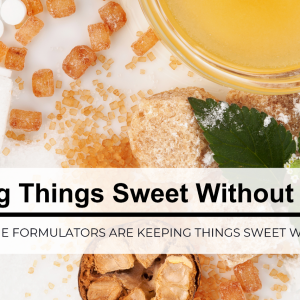