By Agne Nevulyte in News 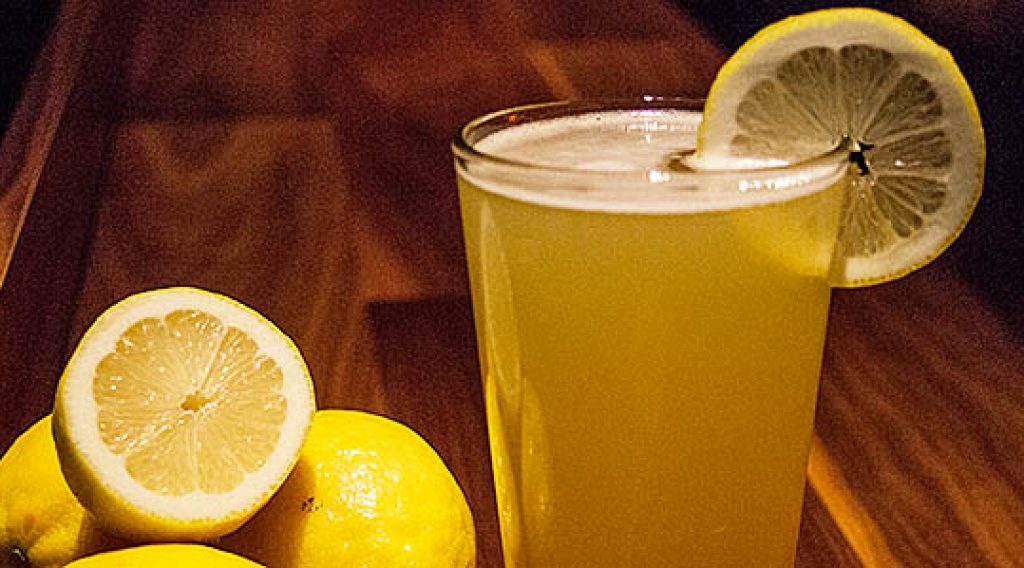 Summer has ended but beer cocktails are still on the road. So what is the beer cocktail? Beer cocktail – is a drink which is produced from the beer by mixing it with juices, fruit syrups, soft drinks or with bitters and adding flavorings. This kind of mixture is also called shandy. To improve shandies colouring agents could be added and to upgrade the taste the sweeteners could be used. Nowadays beer cocktails are very trendy. Beer and other beverages and flavorings have been mixing more frequently over the past decade, although such cocktails was already known in the 19th century. These cocktails are usually obtained with local beer, usually a light beer, and their strength mostly does not exceed more than 4.5% by volume.

There are some recipes where ginger ale or Sprite is used, but with lemonade beer cocktails taste different. Lemon, grapefruit or other citrus fruits with beer is a more natural than the other mixtures. The light beer such as a lager or wheat beer is more popular in beer cocktail industry. The reason is because it is lighter and easier to vary in flavours. Shandies are one of the best choice when you want lighter drink instead of simple beer.

How does the process work?

When making shandies, firstly we come to the idea, after that comes a blind tasting of all the shandies we could find in the market and only then we start with custom recipe creation. The most important thing – is not to be afraid of mixing new flavours with various types of beers, so combining and collecting different raw materials from several suppliers is inevitable while making a new product development. What are the ingredients?

Beer cocktails usually consist of few main ingredients and additional materials which depends on the taste. The raw materials which are used for the beer and beer cocktails must be managed in accordance with the European Parliament and Council Regulation on the hygiene of foodstuffs. So the main materials that are used:

Beer cocktails are produced in accordance with the technologies, approved instructions, recipes and food management legal requirements. The beer usually consists more than 50% of the beverage.

Citric acid is the most commonly used acidity regulator, because it is inexpensive and readily available in large commercial quantities. This acid is one of the main components of carbonated soft drinks and alcoholic beverages that enhances the taste and flavor. Citric acid is added to the products in order to give them the acidity or act as a preservative. This acid is chemically and microbiologically stable and has no odor.

Sugar is used as raw material in the manufacturing of sugar syrup, and this syrup is widely used for preparing beverage mixes as a natural sweetener. Syrups concentration depends on the dry matter content and is measured in Brix. If we take a look to the portfolio of natural sweeteners, we could find such as stevia, agave syrup or deionised grape juice concentrate. When talking about stevia – it is 200-300 times sweeter than sugar, but has no calories in it, however, this sweetener has bitter aftertaste which is not preferable for the most of people. Another natural sweetener which has a honey aftertaste is agave syrup. This syrup has lower glycemic index and glycemic load than sugar so it is comparable to fructose. After all, the agave syrup has the potential to cause insulin resistance. Deionised grape juice concentrate (called as grape sugar) is a common sweetener used in beverages. This liquid and transparent sugar has no colour and odour. Overall, sugar is commonly used because it is cheaper than natural sweeteners.

Colour and aroma have the important sensory characteristics when it comes to choosing the beverages.  There are two types of colours: natural – which are naturally produced and artificial – an imitation of the natural. When it comes to flavourings, there can be three types – natural, nature identical and artificial. Flavouring is a mixture of coordinated individual components and it is obtained by the distillation, solvent extraction, fermentation or isolated by chemical synthesis. Odor compounds fall into the olfactory tissue with a stream of air, so they should be volatile. Therefore colour and aroma influences taste thresholds, pleasantness and acceptability so it is important to choose it right.

While making a beer cocktail auxiliary materials are also used in the process. Such materials include adsorbents, stabilisers, fining agents, filtration components and some other materials. Beer cocktails carbon dioxide may be lost during the transport phase through the pipelines, so if there is a need, the carbon dioxide could be added to the final product during the filling process.

To sum up, it is a perfect time for beer revolution. Consumers do not want standard drinks so mixes of beer and juices or lemonade represent a fun way to experience new flavors.