Can You Boost Your Brain with a Beverage? — The Business & Buzz Surrounding Nootropic Drinks 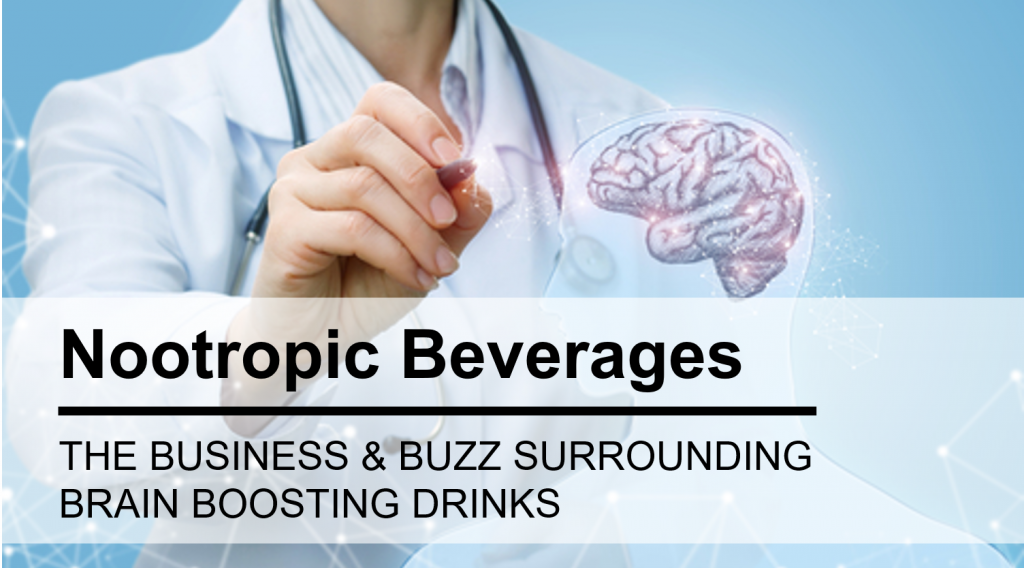 Have you ever wanted to fine-tune your brain?  If so, you’re not alone. In a competitive world where knowledge is often the key to success, the ability to enhance the human psyche to a superhuman level and give oneself an edge over the competition is something many of us find appealing.

What’s more: that future may not be far away.  Brain enhancing supplements, called nootropics, are on the rise.  These “smart drugs” are said to improve and increase cognitive functions, enhancing everything from memory to creativity to motivation as well as boost mental aptitude and productivity.  As the health food movement reaches its peak and consumers begin to search for benefits beyond bodily health, nootropic foods, beverages, and supplements may be primed for the spotlight.

If you’ve never heard of nootropics, though, you’re not alone.  Although they’ve been around for decades, nootropics are only now making their way toward broader public awareness.

On the surface, nootropics might look (and sound) like something out of a science fiction novel.  While the desired results aren’t dissimilar, the idea behind nootropics as an enhancement tool is rooted more in the ancient past than the distant future.  Nootropics might be best defined as synthetic or natural compounds designed to improve cognition.

However broad this definition might seem, the term carries with it some guidelines.  For example, caffeine isn’t considered a nootropic because it’s a stimulant.  Though it produces nootropic-like properties, it only does so for a limited time and at the cost of a crash at the end of the cycle.  However, caffeine is often paired with L-theanine, an antioxidant known for its calming properties commonly found in black, green, and white tea leaves. 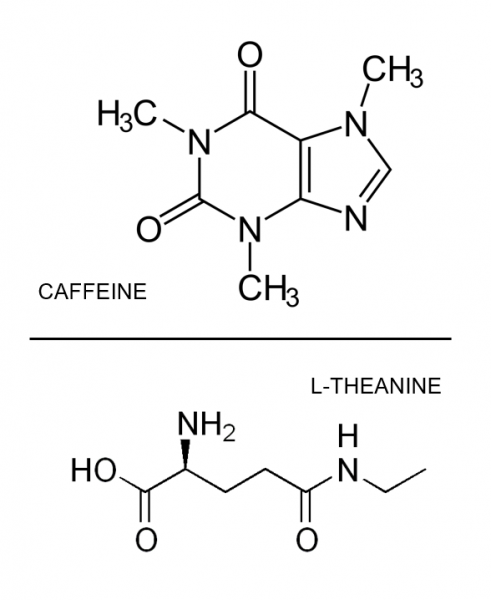 Caffeine and L-theanine are often combined to create what’s known as a “nootropic stack” — a combination of chemicals which are consumed simultaneously to give a nootropic effect.  In the case of the caffeine / L-theanine stack, the idea is to gain the stimulating effects of the caffeine while using the L-theanine to calm the mind and offset the negative side effects.

The result: a boost in mental performance with no downsides or negative after effects.

The allure of nootropics hasn’t gone unnoticed by entrepreneurs and marketers looking for a new product to rally behind.  Nootropics are often called “smart pills” or “genius drugs,” and there are a host of popular stacks, combinations, and supplements already available on the market.

Even major brands are beginning to take notice.  V8, a popular producer of alternative energy beverages, just launched their V8 +Energy line, which touts a steady stream of energy from a green tea supplement infused into the traditional product.  Other brands, like TruBrain market their drinks and supplements as “brain food” designed by UCLA scientists.  Following the functional foods trend, brands like Drink Neuro have been quick to highlight the stress-relieving properties of their premium neuroDAILY beverage lineup.

And nootropics are trending.  According to BBC Research, the functional beverage market will reach US $105.5 billion by 2021, while a report by Credence Research values nootropics as a US $1.3 billion as of 2015, projected to reach just over US $6 billion by 2024.

Nootropics have been around for decades, but they’ve become something of a buzzword on the fringes of the health-aware movement.  Customers who are breaking away from traditional productivity boosters and energy drinks and are instead looking for alternatives to high doses of caffeine and sugar.  Because nootropics can provide similar benefits, they’re likely to appeal to consumers considering them as an alternative health supplement.

It’s not just a shift in consumer consciousness driving the change, however.  Major brands have begun repackaging and shifting decades old nootropic blends to appeal to a different crowd — namely academics and professional overachievers.  Particularly among a growing niche of the consumers obsessed with productivity, from college students to Silicon Valley, the notion of a “brain hack” to boost further output may feel like a necessity in hyper-competitive careers.

As other markets and industries continue to gain popularity and attract worldwide attention, supplements to enhance everything from memory to reaction time may find a place.  One such area ripe for the nootropic market is eSports, where mental acuity is paramount to success.

A Bumpy Road to Profitability

Nootropics as mental enhancers may seem like a shoo-in for explosive growth, but the reality is that profitability and the semblance of a mature market are quite a way down the road.  As of 2018, the effectiveness and authenticity of nootropics are still heavily scrutinized.  Most dedicated nootropic products are available as a dietary supplement, which is a largely unregulated market, requiring no FDA approval.

On top of that, brand representatives of the nootropics market aren’t furthering consumer confidence, as in the case of one million-dollar nootropic startup whose own scientific study revealed that coffee was more effective than its own product.  The stories hardly stop there.  Social media accounts of individuals using prescription drugs in search of nootropic effects have caused the American Medical Association to issue new user guidelines and warnings regarding “smart drugs” and off-label use.

If companies plan to broach this market and legitimize nootropics as anything beyond dietary supplements and clever marketing, they’ll have some work to do in order to prove the lasting value of the products they’re planning to promote.

Even considering most basic nootropic stack — coffee and L-theanine — the EFSA could find no credible evidence when studying L-theanine to suggest that nootropic benefits exist.  This makes determining the validity of nootropics and their benefits a questionable endeavor for even the most well-reputed brand.

“There are some specific challenges in working with these types of ingredients, which are often bitter tasting,” says Dani Stanley, Application Scientist at BevSource, MyDrink Beverage’s parent company. “Consumers may be looking for certain usage levels based on their own research. But getting the right amount into a formulation while masking the bitterness takes some experimentation.”

With more obscure ingredients, sourcing issues and cost can come into play as well. Balancing these demands while responding to the fast-changing market preferences is an important focus for beverage entrepreneurs in this space.

The mix of potential advantages and challenges make the world of nootropics an evolving and exciting space for new ideas and beverages to emerge. 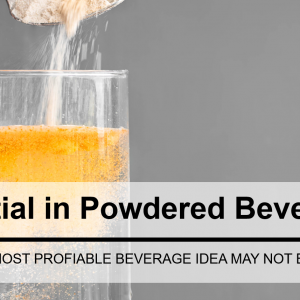 The Untapped Potential of Powdered Beverages 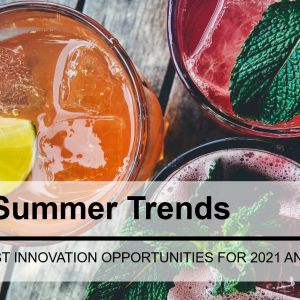