By Gintautas Ziemys in Trends 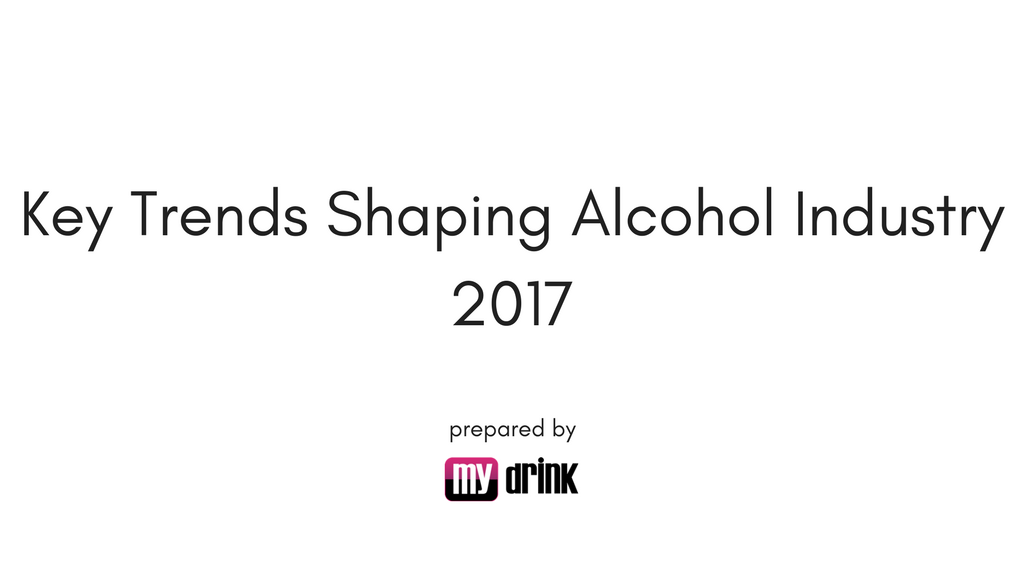 2016 is over and everybody is wondering what’s next. 2017, more or less, will be a continuation of previous year – same things that drove spirits industry last year will be main drivers this year as well.

With recent political and geopolitical events, such as Brexit, ongoing unrest in Middle-East, an election of unpredictable US president tension with Putin’s Russia and others, and constant change in technology, future is more unpredictable as ever. To get some comfort in fast paced and ever changing lifestyle consumers are looking for traditions and authenticity. This doesn’t eliminate the need of innovations, instead its emphasizes the past as a reliable source for innovations – this can translate to the modern and innovative package to traditional beverages, craft movement with emphasis to authentic recipes or/and production methods, the launch of new products designed with local/traditional ingredients.

E-commerce is changing the whole consumer buying experience and it is going to influence the spirits industry. Brands who are exploiting the digital channels can interact faster and better with consumers, communicate their message to the consumer and gain new markets without heavy investment in distribution channels.

It’s still debatable if distillation won’t strip the terroir differences, but it gives an opportunity for the producer to tell the story to the consumer about the product – why it was made, how the location was chosen, what differentiates his brand from the others and so on – it’s a very powerful marketing tool that helps to connect to consumer on deeper level.

Whiskey continues to diversify and grow. With the explosion of craft distillery in the US, growing popularity of flavored whiskeys and solid growth of Irish whiskey, the whole whiskey category looks good. Besides craft distillers, growth will be driven by experimenting with aging conditions, selection of the wood, experimenting with different yeast strains and, of course, new flavor profiles trying to match fireball success story.

Long time gin category was dominated by a few multinationals, but in recent years, gin is having a renaissance. The biggest growth is coming from craft distillers who are boldly experimenting with new flavors and botanicals.

Although rum category is stagnant, it has a tremendous opportunity to grow to exploit same trends as whiskey – premiumization, launching new, single barrel, older expressions, experimenting with barrels, emphasizing country of origin and source/terroir of the main ingredient – molasses or sugar cane juice.

Coffee is one of the most popular non-alcoholic drink. With varietal coffees and innovative brewing techniques such as cold brew, vacuum pot, aero press, or a moka pot going mainstream, it’s only a question when it will translate to alcohol-spiked coffee to replace traditional over-sweet liqueurs.

Nobody for sure knows how it’s going to affect markets and economy and spirits industry in particular. Now the trade agreements are in place, but it may change soon. Even if trade agreements will be renegotiated successfully or Brexit won’t happen (UK parliament still need to vote) it will bring uncertainty in the whole drinks industry. The UK produced spirits (Scotch and gin mainly) might lose grounds in other markets to products produced in other countries. On the other hand, UK should see the growth of locally produced Eaux-de-vie, cognac/calvados type brandies, liqueurs, etc.